What should one wear to prance about a field? I’ve packed everything short of my waterwings. Wellies, Dublins, wax jacket and a raincoat.  But then, what if it’s sunny? So I’ve also got sandals, a summer dress, and a pashmina.

However, if the heavens open, my boots don’t go with my dress, so I’ve packed a skirt and top and a pair of jeans, just in case it’s a fraction too cold for a frock.

We’re off to a family bash on a farm in Devon for the weekend. There’ll be fabulous food and lashings of booze, old friends and new, things borrowed and a DJ too.

We’ll do some bad dancing and embarrass the kids, in between talking utter tosh with the neighbours, and huddling round a campfire drinking newly invented cocktails.  There may well be a blow-dart competition and possibly some archery.  If we’re lucky, there’ll be a speech or three, and possibly cake.

It’s a sartorial dilemma. Part of me wants to go ‘Ibiza Festival stylee’. 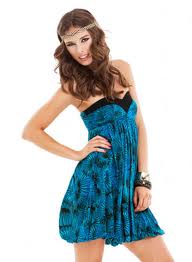 But I’ve never been to Ibiza and I hate large crowds, so festivals are my equivalent of being put in the stocks and having rotten fruit and vegetables thrown at me, to the strains of the extra long version of Bat Out of Hell on repeat.

The other part of me is in the mood for Kate Middleton in the early years, love her – I’ve got the shirt and everything, and my hair is growing nicely. I’m missing the mansion and the Royal connections, but who’s to know?

Instead, looking at the contents of my rather large suitcase, I appear to be channeling some kind of middle aged, middle class country lady, aiming to be chic but actually failing.  How I’ve achieved this without owning any Boden I know not.

I need to get in touch with my inner groover. Preferably in time to hit the dance floor. Otherwise, Le Pomme will be shaking his head with embarrassment in the corner of the marquee as I do the funky chicken.

Boogie on down, folks.

3 thoughts on “A Sartorial Devonian Dilemma”