My lurgy has turned into full blown plague.

I know this because I have lost all interest in food.  This means I am Proper Poorly.  And because the Other Half has turned down the thermostat and wants to swop to the summer duvet.  I’m saving us a fortune by radiating enough heat to fry an egg, if you were that way inclined. I’m not, right now.

Lying on the sofa of death, I look just like this:

It’s a shame, because we had a lovely weekend in Dorset. We went to the Nothe Fort, which was really rather marvellous. Oodles of guns and sea battles. At this stage I was ignoring the lurgy, and trusting in the power of paracetamol.   We learnt a lot about the role of Portland and Dorset in D-Day, which frankly I’d never considered before. Then we went underground, and found out all about convict labour and torpedos and nuclear bunkers. I got very cold, because it was the sort of temperature which makes your breath go into funny clouds when you breathe out, regardless of whether or not you are feeling as if your head is made of cotton wool and your legs of pipecleaners.

We played with semaphore and morse code and I got even colder. We learned about rationing and evacuees and ghosts. I decided that, perhaps, the power of paracetamol was not infallible.

Eventually we had learned enough and could go and have our car picnic.  Except I didn’t really want mine.  Which was a hint of things to come.  After a few hours defrosting, a Scotch and Canadian finally did the trick and the fear of losing my toes to frostbite receded, but the switch flipped too far the other way and I turned into a one woman furnace.

We tried blowing the plague away with a walk on Chesil Beach yesterday. It was beautiful. The sun was shining and the waves were crashing.  There were even camping fishermen with whom to pass the time, had we been so inclined. But it didn’t work. I may have fooled myself for the weekend, but the plague has followed me home where it has attacked with a vengeance. 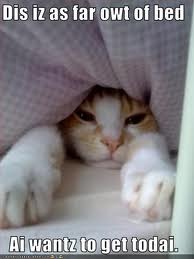